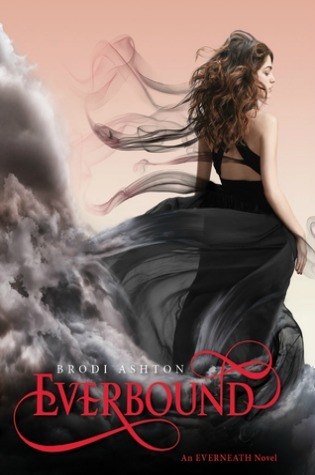 Summary:
Nikki Beckett could only watch as her boyfriend, Jack, sacrificed himself to save her, taking her place in the Tunnels of the Everneath for eternity — a debt that should’ve been hers. She’s living a borrowed life, and she doesn’t know what to do with the guilt. And every night Jack appears in her dreams, lost and confused and wasting away.

Desperate for answers, Nikki turns to Cole, the immortal bad boy who wants to make her his queen — and the one person least likely to help. But his heart has been touched by everything about Nikki, and he agrees to assist her in the only way he can: by taking her to the Everneath himself.

Nikki and Cole descend into the Everneath, only to discover that their journey will be more difficult than they’d anticipated — and more deadly. But Nikki vows to stop at nothing to save Jack — even if it means making an incredible sacrifice of her own.

In this enthralling sequel to Everneath, Brodi Ashton tests the bonds of destiny and explores the lengths we’ll go to for the ones we love.

We pick up right after Jack sacrifices himself to the Tunnels in Nikki’s place. Talk about a punch to the gut right off the bat, Brodi! The emotions and everything concerning this is just overwhelming. With the emotions being so strong yet the action a bit lacking (which I think was used to emphasise just how crappy things were for Nikki) I was on the fence about if this would be a good second book or not. In my experience, book 2 just doesn’t live up to the hype and expectations book 1 set up. THANKFULLY, this is NOT the case with Everbound. Once the action does get kicked up in the Everneath it is non-stop.

It was interesting to see Cole go from hellbent against taking Nikki to the Everneath to deciding to take her. I SHOULD have picked up on the sneakiness, however, I let him have the benefit of the doubt that his little black heart could be redeemed.

The trip through the Everneath kept my blood pumping the whole time. THE WHOLE TIME. I’d been planning on enjoying the majority of Everbound in the car on the way to the beach. That totally didn’t happen. 1. I couldn’t sleep the night before we left. 2. I decided to read until I got tired and could fall asleep. You would think that I would know by now that when I’m over excited about a trip I don’t sleep. You would think when I’m so into a book that I would know that I won’t be able to put it down until I’m done. Nope to both of those. I was about 40% or so through it when I started the final stretch. Thought I’d just read til 50% then it got pushed back to 75%… then it was OMG THIS ENDING IS JUST TOO MUCH I NEED EVERTRUE RIGHT NOW! Whoa. Kudos to Brodi for THAT spectacular cliffhanger. I’m never one to like cliffhangers, but brava! Way to punch a girl in the heart.

Nikki. Oh, poor Nikki. I’ve never genuinely lost the love of my life (thank the Lord!), but I can kinda relate Jack being in the Tunnels to when my hubby was deployed. Life really did seem suspended and extra sucky. Unlike Nikki, there wasn’t anything I could do to go and bring him home (not that I didn’t plot!). Nikki’s continued bravery and attempts to do a giant rescue attempt by herself is inspirational. You go girl!

Jack. He’s not even a major player in this game and he’s pulling at my heart strings! A high schooler and ready to sacrifice himself for the love of his life. Normally I’d scoff at that whole high school love thing, but THIS?! Whoa. The love between Nikki and Jack isn’t just puppy love, let me tell you that! I teared up I don’t know how many times during the dreams when Nikki realised he was beginning to fade. And at the end?! Oh wow. I wanna kiss that boy!

Cole. Oh, Cole. Where do I even begin with you? You played me good. Stinker. You’re a bigger stinker than my toddler and THAT takes talent. I was starting to fall for Cole. My wall of caution began to crack a bit. The thoughts of maybe this bad boy can be redeemed. Nope. Heart stomped. Thanks, Brodi. Thanks. I can’t wait to see what else he has up his sleeve. He’s made sure I’m firmly on Team Jack now though. I won’t fall for the sweet redeemed bad boy antics again, sir!
Recommended for: Lovers of mythology retellings, immortality, quests for redemption, and a bit of romance
Not recommended for: Those who dislike fantasy or think the immortality thing has been played out.